Tell me. What would you do if you seen a man in public abusing a woman?

Not to long ago I watched this video about how people responded when they witnessed a couple (two “actors”) in the middle of domestic abuse.

It was good to see that people stood up and intervened!

But for me the best scene was when a man came from behind the boyfriend(actor) and kinda tackled him down to the ground to ‘rescue’ the girl.
It actually made me want to cry even because of the man’s bravery to step in and help!
And even after they informed the man that it was not real and just part of an experiment to raise awareness on domestic abuse. The man continues to ask the girl if she’s okay.

Then it made me think…
“Public” abuse of any kind is considered horrible, illegal, and shameful. BUT what about all the “private” abuse that goes on? You know.. abuse that is kept on the down low.
Like exploitation of women and children!

Or the sexualization of girls.

Turn on the T.V. BOOM! There it is.
Walk around at the mall and it’ll slap you in the face.
Turn on the radio and yup it’s there too.

No wonder women easily walk around believing they are only worth what they can do sexually!

And the sad part is men sit by and just watch!
They don’t come to their rescue. They don’t run in harms way to save us.
Instead of using their strength and power to push aside or “tackle” whatever is hurting us. They give it all away to their own selfish sexual desires.
Not even realizing
they are left spiritually castrated.
For sexual immorality indeed sucks out all of a man’s valor and strength.

Proverbs 31:3-
O my son, Do not give your strength to women

Proverbs 23:27-28-
For a whore is a deep pit, And a seductress is a narrow well.
She also lies in wait as for a victim, And increases the unfaithful among men.

I can’t speak for a man because I’m not one.
But I could only hope that men would STOP allowing women to be treated as objects that are only used.
And instead magnify their actions that would proclaim that women are human beings to be LOVED!

A man might ask: How?
And this is what I would recommend as a woman myself.

If and when they see a woman being objectified (which means treating a person as a thing, without regard to their dignity).
When they see a girl being sexualized.
Stop! Speak up! Say something!
Help her! Rescue her!
And many times that could simply mean
-TURNING OFF THE T.V.
-CHANGING THE MOVIE. -Or changing the music you hear.
-GIVING UP PORNOGRAPHY for good.
-Speaking to their daughters about the traits of a predator/liar/ narcissist.

-Speaking to their sons about respecting all girls.
Yes, even if they are dressed like prostitutes.

It would be awesome to see men try it.
Next time they came into contact with a girl/woman that unknowingly had the words “Use me” written all over her. Truly look at her. Into her eyes and tell yourself ‘she is an EQUAL to you‘.
Engrave it into your mind that she is worthy of respect and honor and love. Not that she might be dressed like it. BUT because she is a human being just like you.

At the end of the day. When all is said and done. We ALL want to be loved. No matter if we think we deserve it or not. No matter if everyone else told us or made us feel unwanted.
We all need love.

So let’s all try it.
Let’s do our part in NOT allowing ourselves or other women to be treated as things.

*Sadly, I believe lots of people take part in helping the exploitation of children and women without even knowing it.

I can only hope and pray that women everywhere would stand up, take control and shout NO MORE! to what is being done to them.

I can only continue to hope that men everywhere would push away the vices and gain back their strength once again and FIGHT FOR US!

And for ALL the men that already are (yes they do still exist)
THANK YOU!
May your reward be great!

If you are listed below….Let me just say THANK YOU!! I have respect/admiration
for you.

I am thankful for:

The men who choose to nurture, love, care for, “stick around”, and commit to raising their children.

The men who have decided to no longer “shack up”. You’d rather put your “needs” and feelings aside to protect her virtue.

The men who choose to respect, love, adore, cherish, and actually work at winning her heart instead of just using her or playing her.
~The men who wholeheartedly and sincerly choose to “put a ring on it” before SEX!

The men who put God first.Who center their lives around Him and wanting to please Him not just theirselves.

The men who have chosen to completely
give up watching and looking at pornography! Knowing the destruction and pain it causes…

The men that rebel against the kind of guy the world tells them that they should be. (A “player”, a cheater(adulterer), liar, abuser, an exploiter of women and girls!).

May God continue to truly BLESS all the REAL men out there!!! We are thankful for you.
And I gotta say that includes the love of my life…my husband. Thank you baby for bein’ a REAL man.

Happy Thanksgiving…
What are you thankful for this season?

First of all… What is Chivalry?

a. The qualities idealized by knighthood, such as

gallantry toward women.
(Gallantry– Polite attention or respect given by men to women.)
b. A manifestation of any of these qualities.

Second of all… WOW, WOW, WOW!!
Third of all… What does it mean to be lady-like?
I know many people could have different answers. But I read an AWESOME article about being lady-like and I believe it hit it right on!!!

(I’ll share some of it but I’ll share the link so you can read the rest of it… believe me it is worth the read!)

A lady…..
understands that her appearance, behavior, and way of communicating provide others with valuable insight into her character. She knows that her true beauty is not acquired at a make-up counter, with a new outfit, or by following the latest Hollywood trend. Rather, she understands true beauty is first inward.
A lady understands that her real strength is not found in trying to be like a man, but rather, in being gracious, thoughtful, kind, intelligent, self-assured, and poised.
© Copyright 2013.*Written by Deborah King, What Would Mrs King Do?*
(And if your a Christian I would personally also add godly to that list.)

And here are some more lady-like attributes that I believe would tremendously and powerfully make some if not most men rise up and bring CHIVALRY along with them!…

☆Allow him to open your car door.
(My husband actually did this when we were dating. And no it wasn’t back in the 50’s…The year was 2003 to be exact. 🙂

☆Allow no sexual touching or “fooling around” until that WEDDING ring is on your finger. (Make sure he’s ‘The One’ first of course!)

☆Allow him to pay when you go out to dinner/lunch/movie/brunch/ etc.. you get the point.

☆Allow him to “Woo you”, and yes that can be done without sex.
(Remember “Ladies, if he’s not going to put you on a pedestal, don’t put yourself under him.”

☆Allow yourself to dress modestly especially when with him.

Oh there are probably many more I could name… but how about you? Do you happen to have any suggestions?
Or do you have any ideas that could bring back some CHIVALRY?

(I also know there are probably many girls/women that have no clue on how to be lady-like….believe me I was NOT raised to be lady-like! But maybe the first step is learning to be more lady-like and than being an influence, impact and an inspiration to someone else who is looking up to you!)

Related articles: When sex is cheap 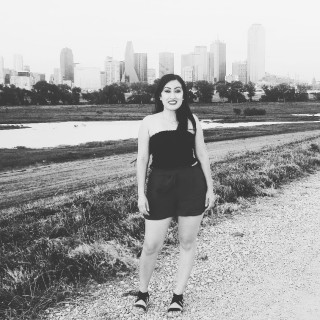